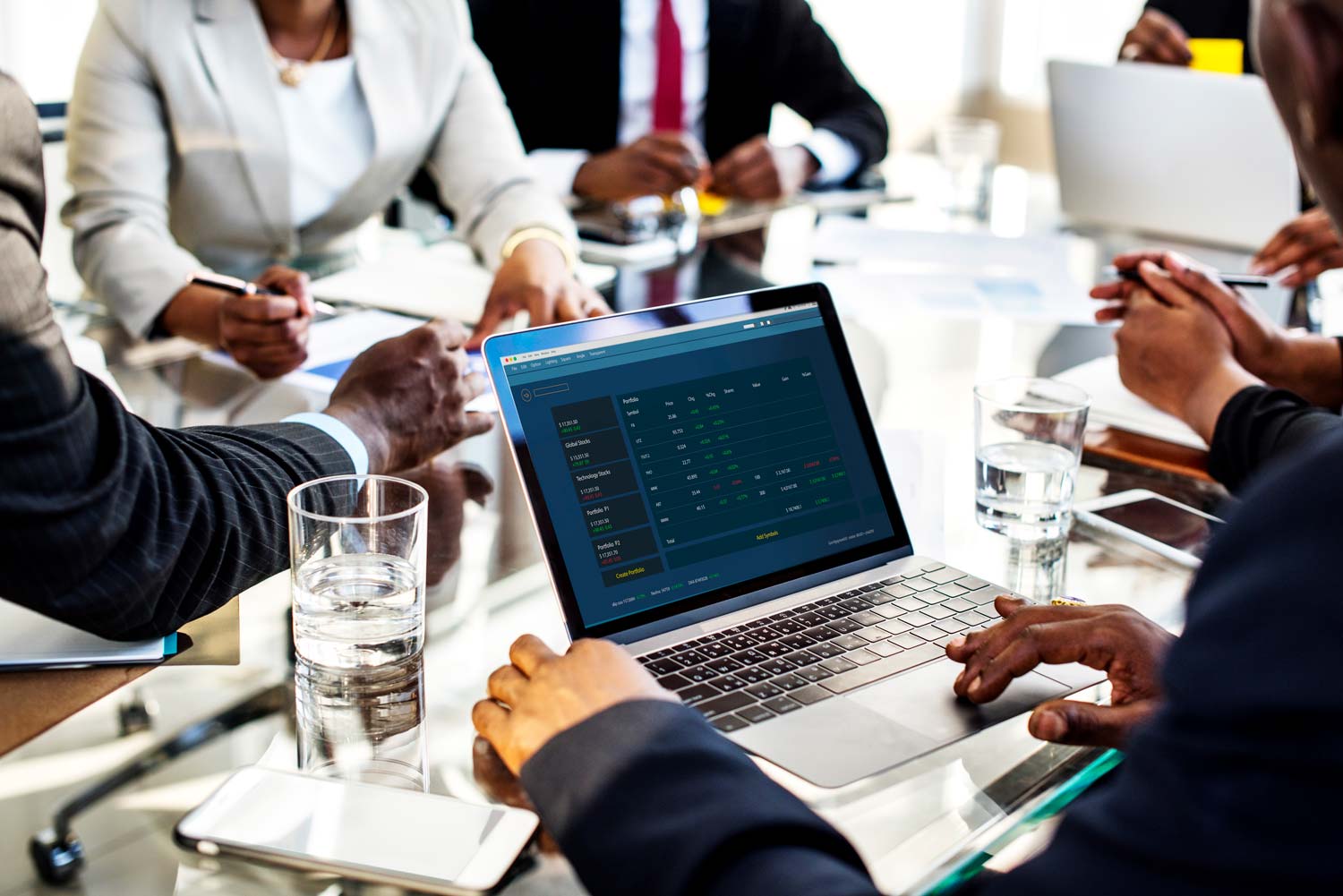 While the future correlation structure of asset classes sounds rather pedestrian, it is in fact key to the outcomes for diversified long-term multi-asset portfolios over the next five years.

In this note we discuss the possible future trajectories for the relationship between rates and equities, focusing on the US market, which tends to drive outcomes for investors beyond its borders.

Balanced portfolios typically rely on the hedging properties of rates vs growth assets to protect portfolios in times of stress.

To us, this particular market period feels far from a stressed environment, and certainly not what we have witnessed previously in 2008, despite some rather alarmist commentary.

While the US macro data can be best described as lackluster, it is by no means indicating imminent recession conditions at this stage. In fact, we would broadly categorise the current environment as “mid-cycle”, in stark contrast to the environment in 2007 with the shadow banking system funding diverse high risk projects way beyond what could be considered a rational decision.

What does concern, however, is where the economy goes to from here. In particular, for managers of diversified portfolios, which asset classes are likely to provide suitable hedging properties should we shift from mid-cycle to peak cycle over the next while.

The relationship between rates and equities 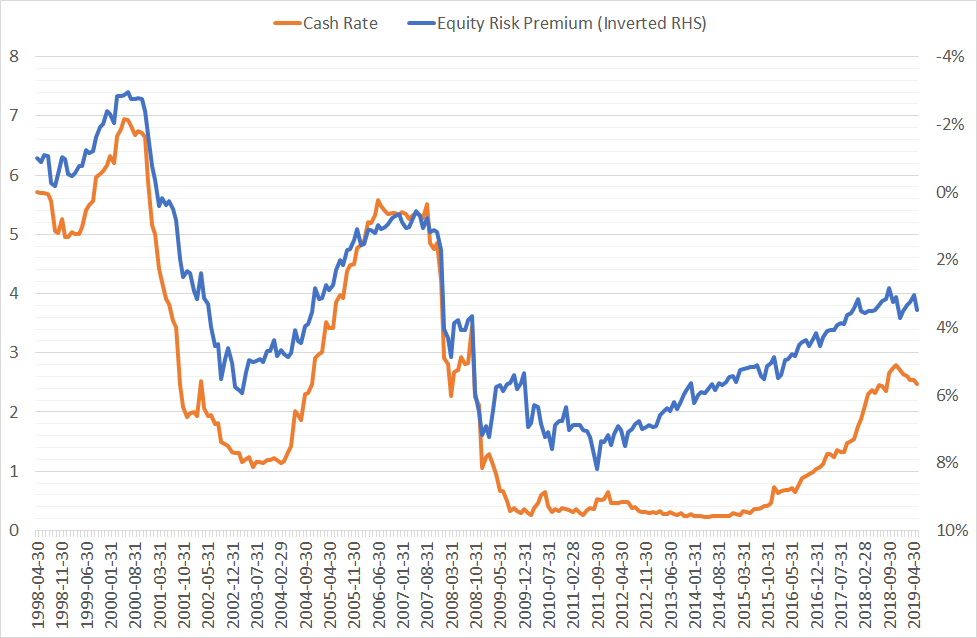 The equity risk premium is the long-term return in excess of the risk-free rate, that investors in aggregate demand to invest in growth equities at the expense of defensive cash. It reflects investors aggregate appetite for risk.

As you move up the chart, investors become increasingly reckless, taking risk for a lower demanded return. Perhaps the best example of investor recklessness was in September 2000 at the height of the tech bubble – the equity risk premium was negative! While a negative risk premium may run counter to logic, human behaviour in aggregate is rarely as rational as you might be led to believe.

In stark contrast to this, the peak level of conservativism in the equity market was around late 2011. So while surprise is expressed as to sheer explosiveness of the S&P return since that point, in the context of a normalisation from peak conservativism, it should make more sense.

Broadly speaking, there are two distinct and opposing drivers of the equity risk premium:

Typically central banks are reactive to data, typically focusing on inflation targets, much more so than asset markets such as equities.

Are softening. The common interpretation is that inflation is mainly a cyclical phenomenon, but there is much to suggest that the forces inhibiting inflation in this business cycle are structural, for instance the impact of technology. The answer is probably a mixture of both, though the composition increasingly favours structural over cyclical.

Under this backdrop, will the Fed succeed in generating the desired inflation outcome? If the answer is no, and the business cycle, which is not in retreat, but far from it, with full employment, healthy GDP growth, is twinned with rate cuts, what are the hedging assets of the future that protect balanced portfolios from drawdowns?

If there is a dislocation in the traditional relationship between asset markets and rates (as we have started to see in figure 1 above over 2019), how does this story play out?

As the situation progresses, we eventually reach an endgame where duration no longer provides the same hedge to economic recessions as might ordinarily be the case. And the central banks are misguided in trying to drive inflation outcomes out of kilter with a modern, increasingly productive, technology-driven economy.

It won’t surprise anyone that under this backdrop, gold and other alternative hedges are being bid up aggressively. We think this situation will persist while and only while the Fed is looking to cut rates, in an environment modest but far from recessionary activity, and lukewarm expected inflation.

Select junior gold miners are the best means of playing this theme, share prices are yet to respond fully to the price levels in the spot market, particularly given the Australian dollar is still languishing below 70c, which means the futures gold price in local currency, is well over $2000 AUD (see figure 2 below). 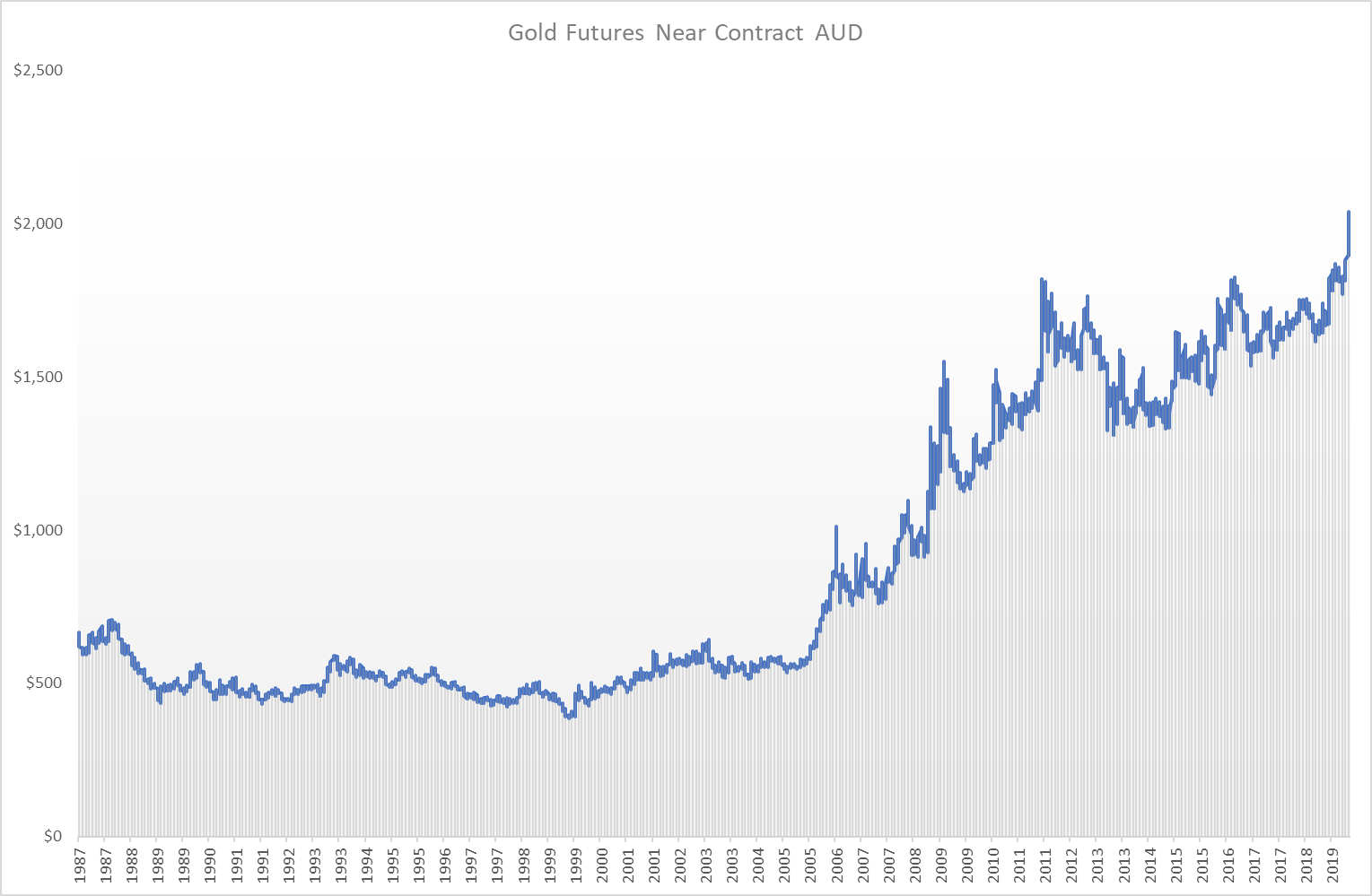 Disclaimer: The Information within this article does not constitute personal financial advice. In preparing this document, Resonant has not taken into account your particular goals and objectives, anticipated resources, current situation or attitudes. The data, information and research commentary in this document (“Information”) may be derived from information obtained from other parties which cannot be verified by Resonant and therefore is not guaranteed to be complete or accurate, and Resonant accepts no liability for errors or omissions. Resonant and NWAG does not guarantee the performance of any fund, stock or the return of an investor’s capital. Past performance is not a reliable indicator of future performance. 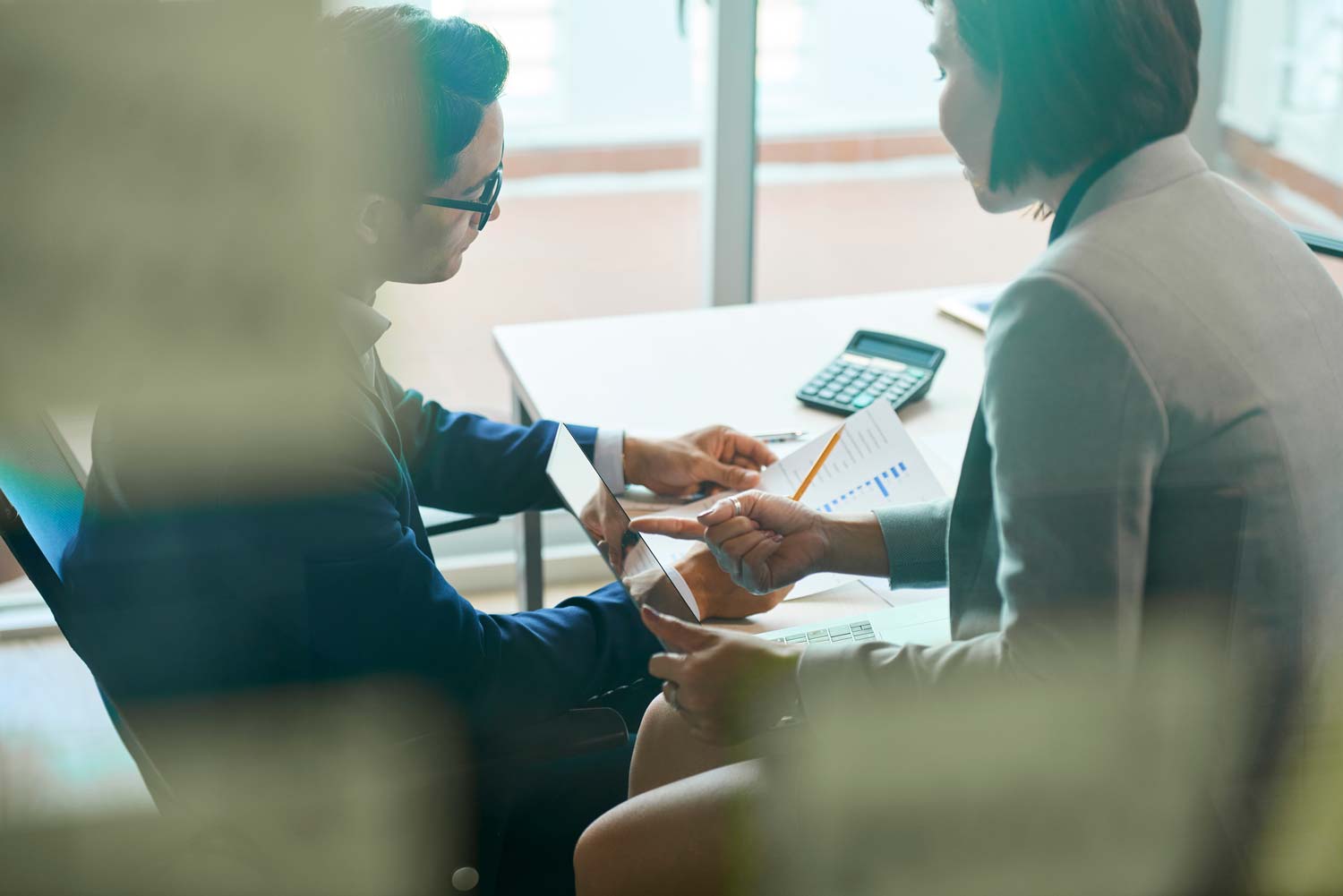 ETF’s reduce fees, but beware the risk of being robo’d away

In the post Royal Commission world of financial advice perhaps the biggest singular issue facing advisers is their ability to demonstrate adherence to best interest duties. This is not because most advisers don’t have their clients best interests at heart, but because often it’s very difficult to show that a strategy is the right one until after the fact. This is especially the case when it comes to investing, which inherently always involves an element of risk.

It is therefore unsurprising that many advisers are now choosing to focus purely on costs. With a beefed up regulator determined to take more aggressive actions on enforcement, this is an obvious path of safety, as cost is the one component of investing which can be determined with certainty before advice is provided. This is has led many advisers to abandon active management altogether and instead adopt portfolios made up of purely passive ETF’s. And why not? Supporting this choice is a wealth of information and research on efficient markets and the inability for large swathes of active managers to outperform their stated benchmarks.

Make no mistake, Resonant is a big supporter of the strategic use of ETF’s to gain low cost beta (market specific exposure) where appropriate. But we feel the argument above misses some key points. Especially that cost, while important, should not be the only consideration:

For the reasons outlined above, Resonant favours a composite approach, where portfolios are constructed using a mix of low-cost ETF’s combined with additional holdings specifically selected to enhance the overall risk/return profile of the portfolio. In our view, portfolios like this can be constructed almost as cheaply as purely passive options, especially when direct equities are incorporated. Not only is this a sound approach to constructing portfolios, it also helps the adviser to retain and enhance their own value proposition.

Disclaimer: The Information within this article does not constitute personal financial advice. In preparing this document, Resonant has not taken into account your particular goals and objectives, anticipated resources, current situation or attitudes. The data, information and research commentary in this document (“Information”) may be derived from information obtained from other parties which cannot be verified by Resonant and therefore is not guaranteed to be complete or accurate, and Resonant accepts no liability for errors or omissions. Resonant and NWAG does not guarantee the performance of any fund, stock or the return of an investor’s capital. Past performance is not a reliable indicator of future performance.